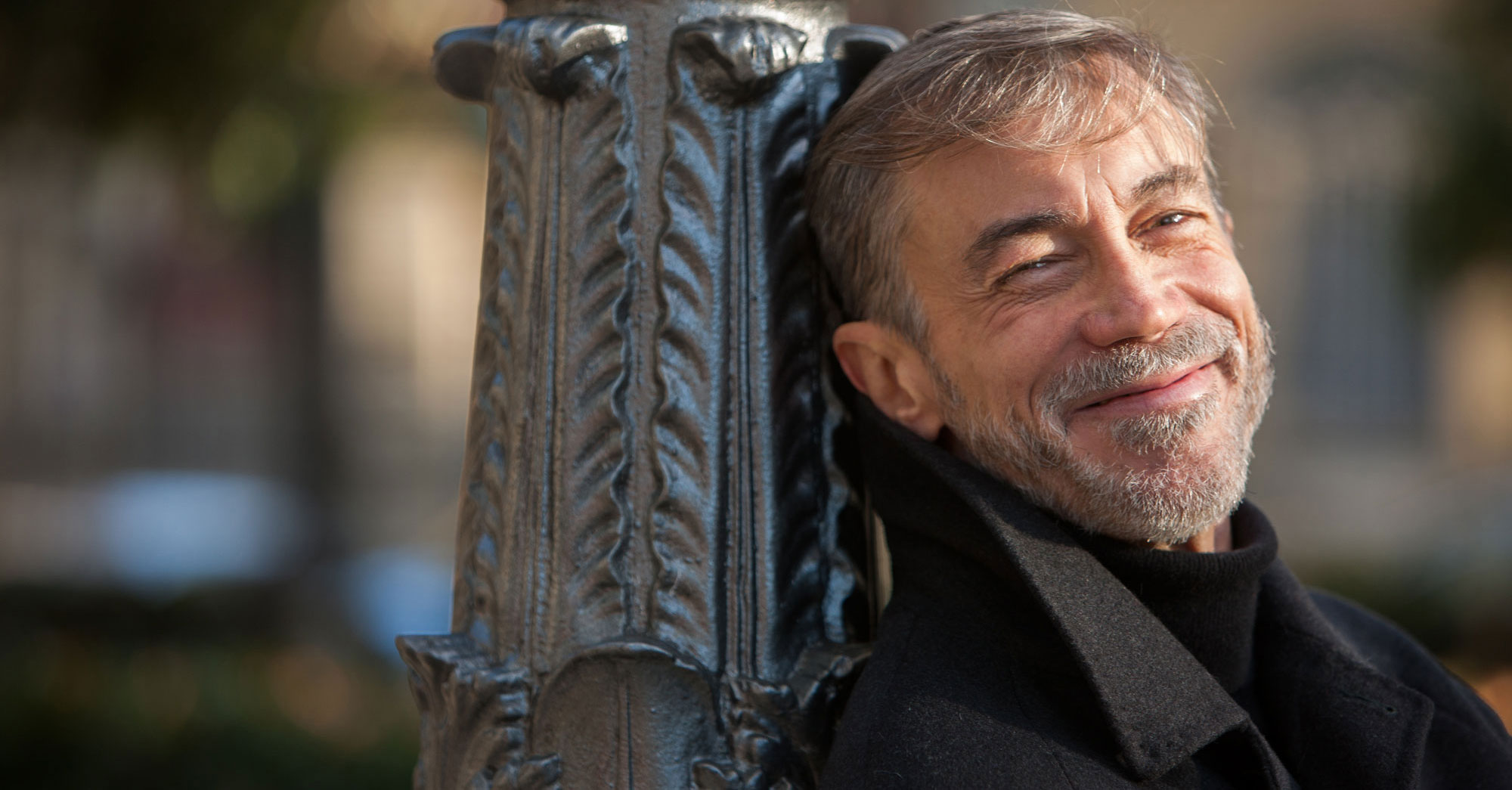 After graduating from the Conservatory of Genoa (Italy), MARCO RAPETTI furthered his musical studies at the Conservatory of Florence, at the Accademia Chigiana in Siena and at the University of Cremona. He received his Master of Music and Doctor of Musical Arts degrees (with a dissertation on cognitive psychology related to musical memory) at the Juilliard School of New York, where he studied for four years with a Fulbright scholarship. His main teachers were Massimiliano Damerini, Aldo Ciccolini, Seymour Lipkin, Rosalyn Tureck, Albert Fuller, the Trio di Trieste and the Juilliard Quartet. He has also studied harpsichord with Alan Curtis at the Cini Foundation in Venice and specialized in Béla Bartók with György Sándor.

Rapetti has been awarded many prizes in national and international competitions (amongst which the W. Kapell Competition in Washington and the RAI Chamber Music Competition for the European Year of Music 1985) and has performed in Europe, America, Japan and Australia. He performed under the baton of Roberto Tolomelli, Joel Sachs, Bruno Ferrandis, Stephen Radcliffe, Simone Bernardini, Michael Hofstetter, and Florian Ziemen, amongst others. He also collaborated with musicians and singers such as Massimiliano Damerini, Andrea Dindo, Riccardo Risaliti, Gabriele Pieranunzi, Donald McCall, Riccardo Crocilla, Anthony McGill, Antonella Banaudi, Toby Spence, Massimo Crispi, Daniela Del Monaco, Leonardo De Lisi, and others.

In 1990 in New York he performed Stravinsky’s Concerto for two pianos with Jennifer Hayghe in the presence of John Cage. In 1991 he took part in the Lincoln Center concert series for Mozart’s bicentennial, and, in 1994, he gave the first performance of Reicha’s 36 Fugues (1805) over two recitals. For the 300th anniversary of the invention of the piano (1700-2000) he presented a lecture-recital on the history of Italian piano music from the time of Cristofori until the present day. A few days after 9/11, he gave a recital in the US for the victims of the attacks. In 2014 he was the soloist in the first modern performance of Hermann Levi’s Piano Concerto (1860). He has been a regular guest at the Chopin Festival in Paris and, more recently, at the Festival of Piano Rarities in Husum (Germany). In 2015 in both Florence and Washington he played three programmes of piano music inspired by Dante and by the city of Florence. In 2019 he performed the piano duet version of Scriabin’s Third Symphony with Massimiliano Damerini, with whom he has also recorded Debussy’s complete works (Brilliant Classics).

Rapetti has made recordings for the Fonit-Cetra, Dynamic, Stradivarius, Frame, Phoenix Classics, Brilliant, and Naxos labels. With Brilliant he has published four complete recordings of piano music by French and Russian composers, including some unpublished pieces by Borodin, Liadov, and Dukas, which he rediscovered at the St. Petersburg National Library and at the Library of Congress in Washington. He is working on the first complete recording of César Cui’s piano music and on an anthology of unpublished works by Schubert’s friend, Anselm Hüttenbrenner. Naxos will soon release the first recording of Busoni’s complete works for two pianos, featuring Rapetti, Aldo Ciccolini and Aldo Orvieto. With the latter he has performed Mahler’s Seventh Symphony in the piano transcription by Alfredo Casella (their performance at the Quirinale in Rome has been released on cd).

Rapetti has always shown a keen interest in the psychology of music and in the combination of different genres and different arts. His performances include: “Clazz-Jassical”: the black and the white continents confront each other, performed in duo with jazz pianist Mauro Grossi, From Mozart to Rzewski: two centuries of music and words in the name of Freedom, with actress Pamela Villoresi, “Onirofonie”: concert-lecture on music in dreams and dreams in music, with psychologist Valeria Uga, From Broadway to Via Larga: a “musical” promenade between Florence and New York, together with jazz singer Faye Nepon, “Kitsch-Klavier”: an anthology of bad taste from Badaržewska to the New Age, in collaboration with Gillo Dorfles, and various multimedia shows such as Musica Aquae Gemina on a text by Brodskij and Libro de Sueños on texts by Borges.

In 1997 he was awarded the City of Genoa Prize at Palazzo Tursi.

He has published pedagogical and musicological articles in specialized music magazines, such as Piano Time, Il Giornale della Musica, and Musica Domani. His book Scriabin and the Sound-Light, edited with Luisa Curinga, was published in 2019 by Florence University Press.

As a radio speaker and performer he has collaborated with the Italian Broadcast Company (RAI - RadioTre) and with Radio Toscana Classica.

In 2019 Rapetti took part in the 26th International Conference on Music Analysis and Theory in Rimini, where he presented his reconstruction of Scriabin’s E flat minor posthumous Sonata.

In 2020, Rapetti was selected to participate in the European Music Analysis Conference (EuroMAC) held at the Moscow Tchaikovsky Conservatory.

In 2021, he was invited to speak at the International Academic Conference (POLYLOGUE) devoted to the topic of synaesthesia and the synthesis of the arts organized by the Rimsky-Korsakov Conservatory of St. Petersburg.